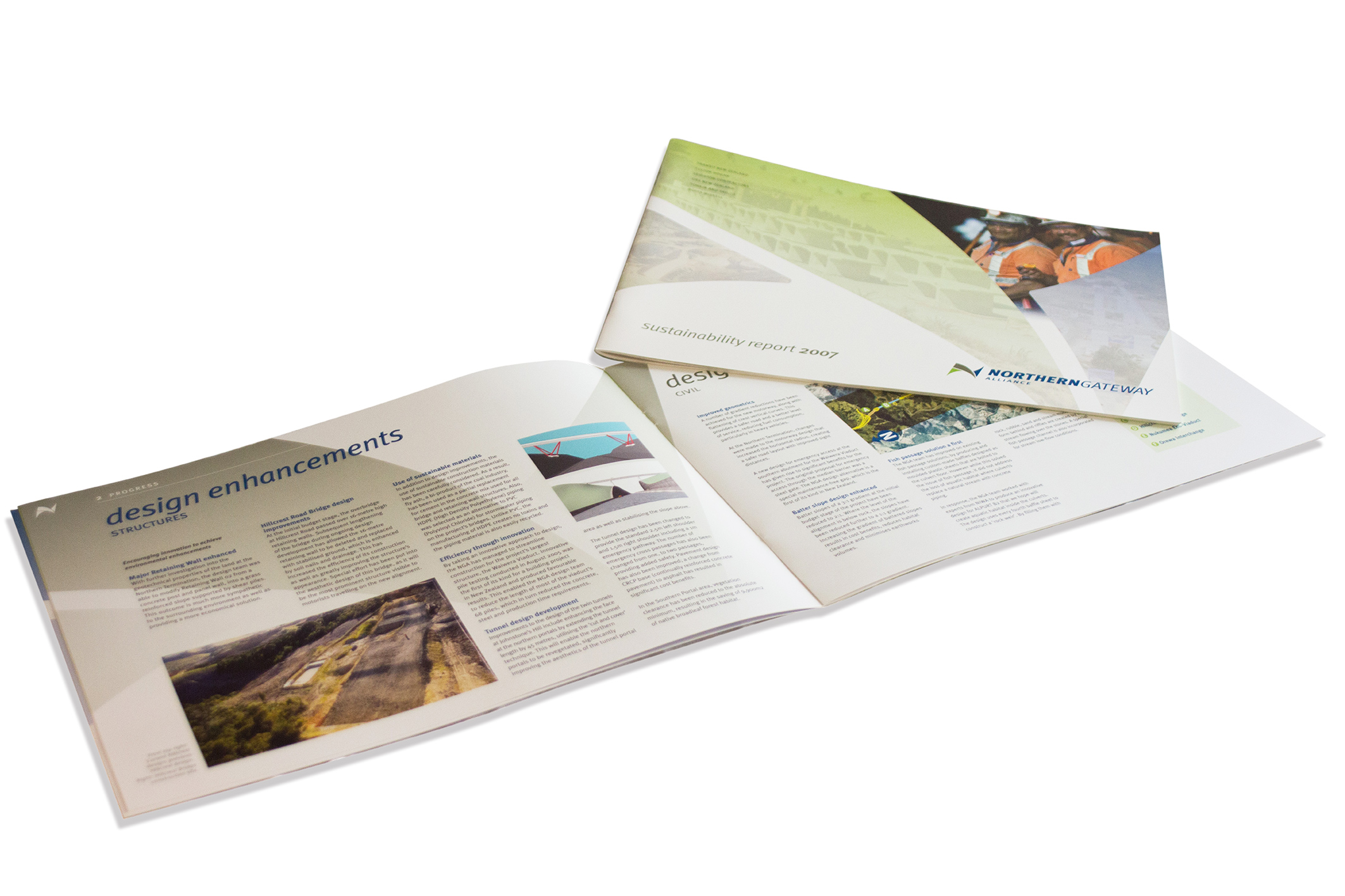 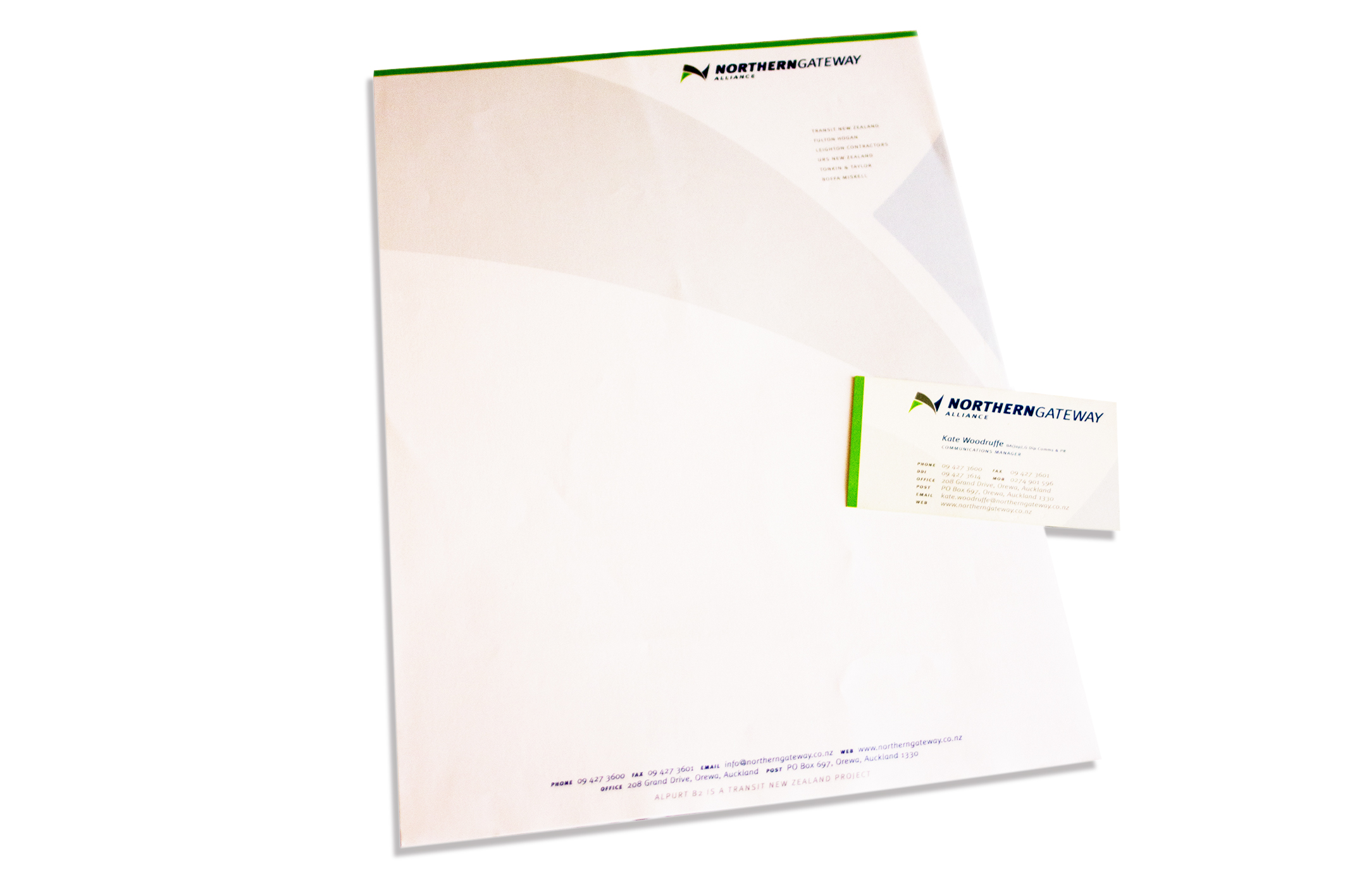 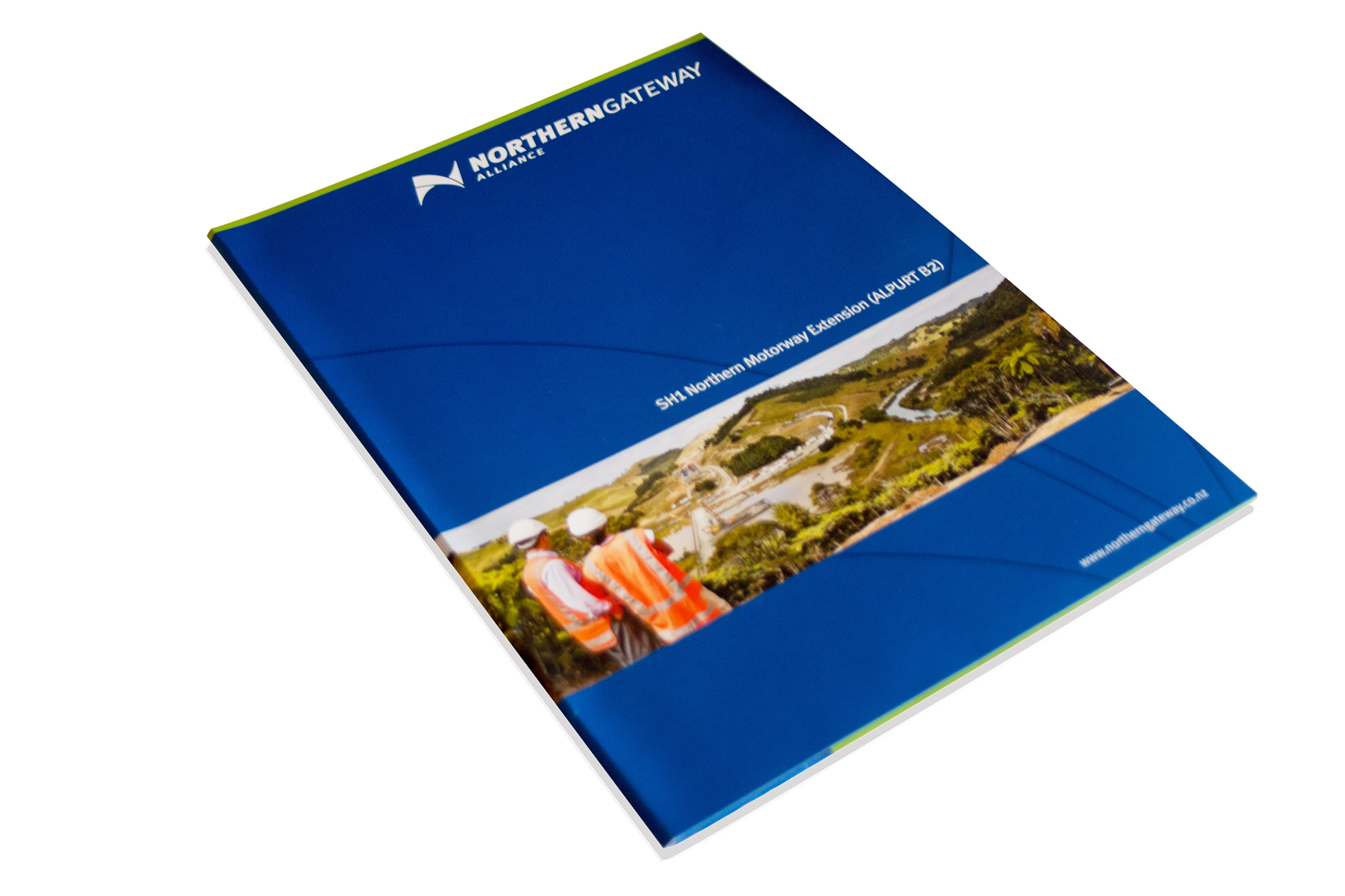 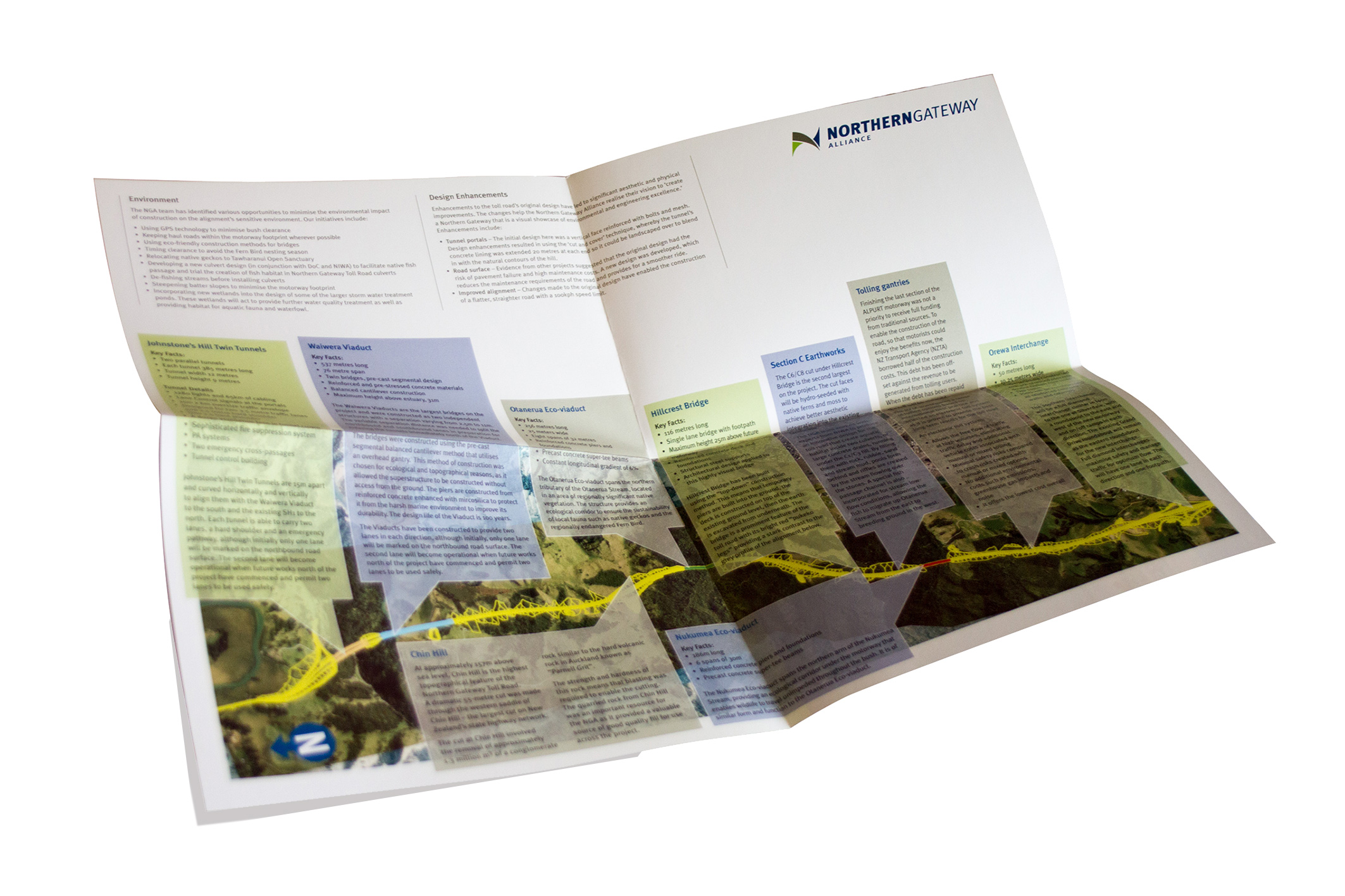 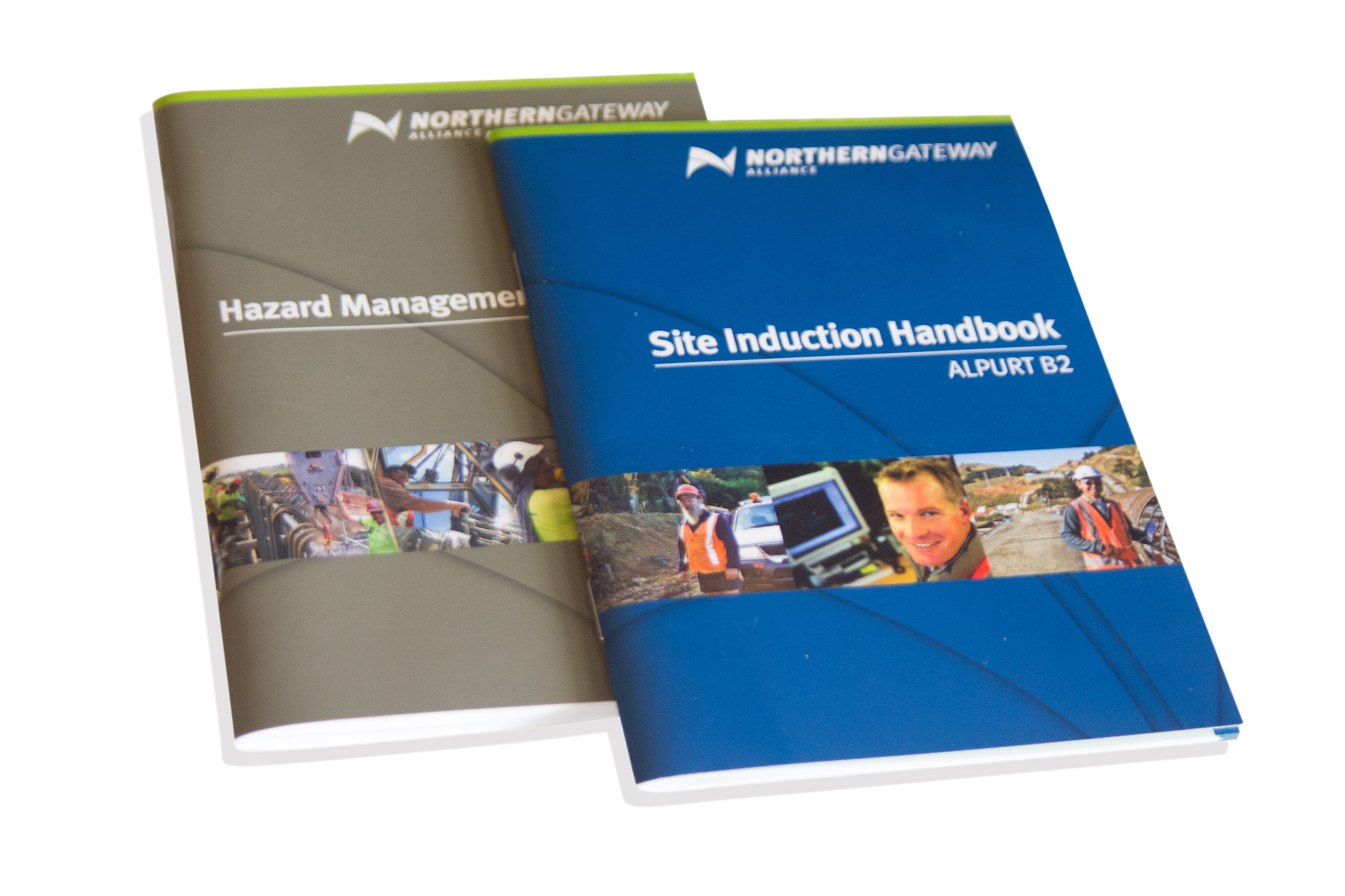 A project comprised of a 7.5km stretch of road from Orewa  to Puhoi, north of Auckland, the Northern Gateway Alliance (NGA) was led primarily by engineers Leighton Contractors for a project requiring the various skills of all the alliance partners for roading, tunnelling, eco-viaducts and bridges over a four-year period.

A no nonsense brand was developed to encompass all these things with the corporate colours chosen specifically – the grey curve representing a road, the green for land and the blue for sky.

And a template for PowerPoint was developed to standardise presentations across the business. Communicating to the public and staff was paramount during this time. Alpurt News was a public newsletter to keep people up to date with the project, and Gateway Express was internal, full of the goings on at NGA.

A series of icons to convey NGA values in the workplace was developed for internal usage. The icons were widely used in the office – on certificates, coffee mugs, drink bottles, posters etc. Induction and Hazard Management booklets were produced so staff could carry them with them in a pocket.

At the end of the project, a CD Rom full of project images was produced and gifted to all those who were a part of it. The cover folded out three times to reveal a fantastic aerial image of the finished road and its environs.